Unschooling: What Homeschoolers Should Know

Unschooling: What Homeschoolers Should Know

One of the most exciting parts of homeschooling is being able to personalize every aspect of your child’s education, including their learning environment, the pace of their studies, and the materials you use for learning.

When it comes to homeschooling, there are many different styles and philosophies, but one of the most misunderstood is unschooling. 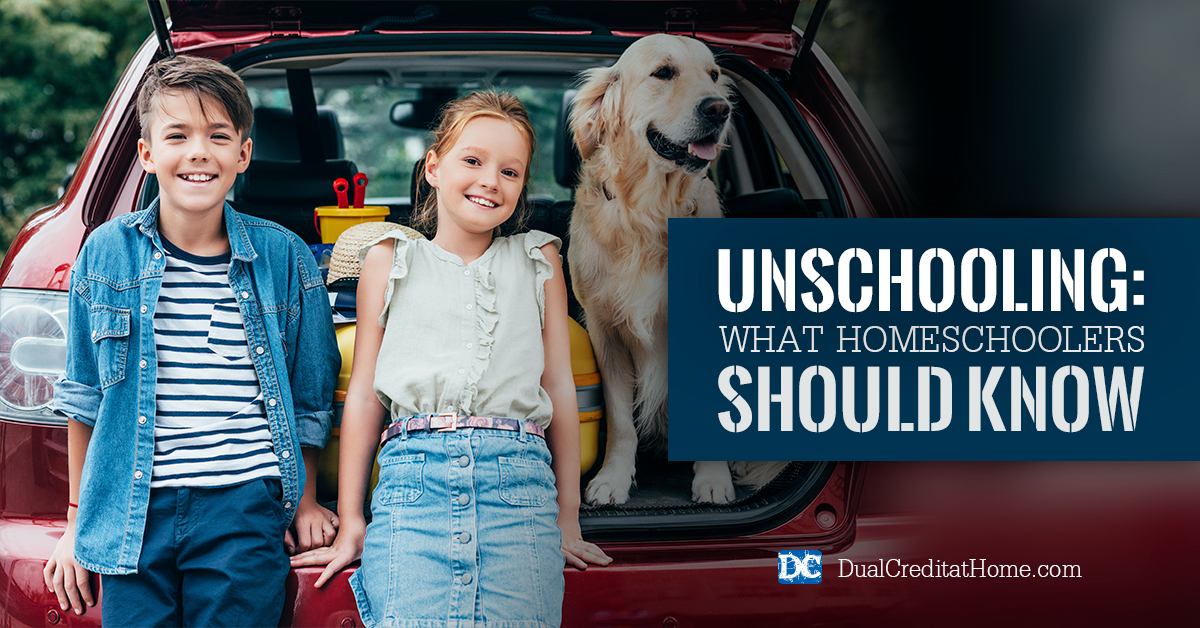 As the name suggests, unschooling is an educational method that steers clear of traditional “schooling,” and instead focuses on learning that is interest-based and fueled by curiosity.

As with any educational philosophy, there are many ways to unschool your kids. Here’s an overview of the basics.

Unschooling is a very loose term, and the definition varies depending on who you ask. Pat Farenga, an early pioneer of unschooling, describes it as, “allowing children as much freedom to learn in the world, as their parents can comfortably bear.”

The unschooling philosophy has also been called child-led, interest-driven, or self-directed learning. No matter what you call it, unschooling definitely challenges the conventional thinking about the educational system.

How do unschooling children learn?

Parents don’t usually dictate what or when a child learns, but instead follow their children’s lead while providing materials and support along the way.

As with most homeschooling philosophies, there is no right or wrong way to unschool. Parents may decide to unschool during the early years of homeschooling and then switch to a more structured homeschool schedule later on.

They may also opt to unschool for certain subjects, but not others. The choice is entirely up to the parents.

Is unschooling legal in my state?

The short answer is definitely YES. Unschooling falls under the homeschooling umbrella and is legal in all 50 states.

The longer answer is that some states have stipulations that may make unschooling a bit more complicated. For example, there are several states that require standardized tests or a submission of your student’s course of study.

These extra regulations don’t disallow unschooling, but they do require parents to plan for regulatory oversight. HSLDA has detailed information about the homeschool regulations in each state, and while not specific to unschooling, they will give you a good idea of the regulations that might make unschooling more complicated.

Unschooling may not be for everyone, but it can be a unique opportunity for parents and children who are searching for more flexibility and less structure in their homeschool.