How Dual Credit at Home Nearly Cost Me My Life

How Dual Credit at Home Nearly Cost Me My Life

Hello. My name is Kimberly Snyder. I am a Dual Credit at Home student, and this is my story. 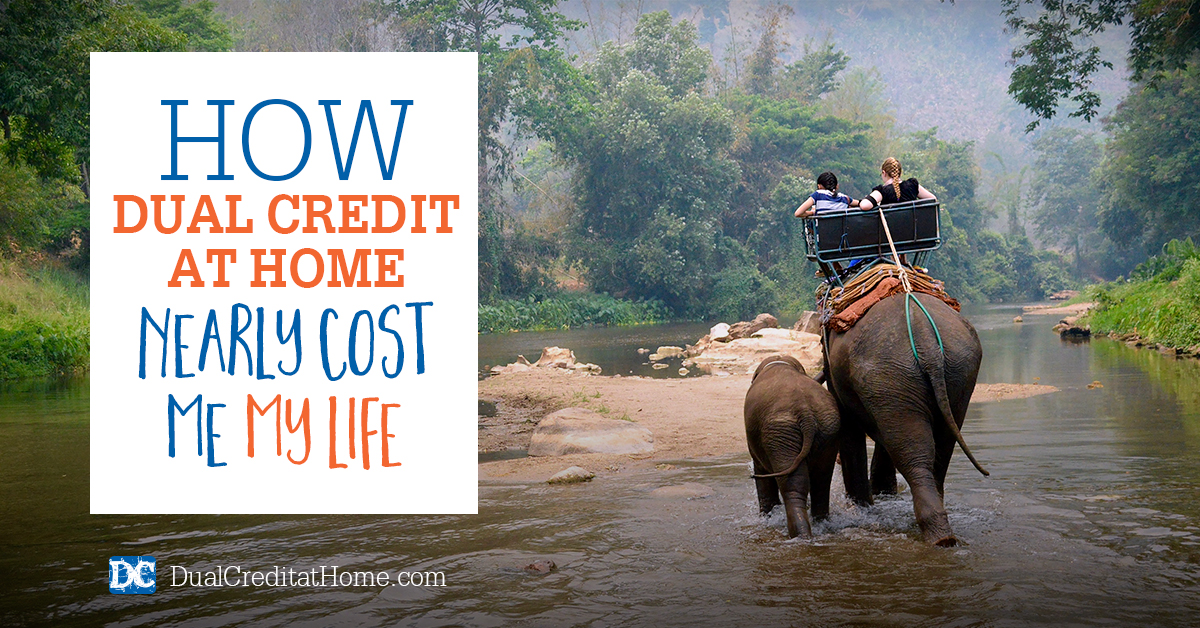 I began my DCAH journey in July of 2014, just before the official start of my senior year in high school. Over the following 11 months, I accumulated 35 college credits through CLEP exams. It was pretty great. Very rewarding.

I spent the following summer busy, away from the house, working at various camps, on a family road trip to Southern California, and off of school. I had just graduated high school, so a summer off was my way of rewarding myself.

It was an in-between phase for me, because I wasn’t sure if I was going to end up going to college that fall, maybe in the spring, far away, community college, online, or at all.

In August my dad accepted a job offer from a different company up in Oklahoma, so we packed up our house, and moved our lives from South Texas to Northern Oklahoma.

That was the answer about community college and fall. Whatever I did was going to have to wait until spring. I know, you’re not here for my mundane backstory; just hold on.

So, since I had this ‘Gap Semester’ anyways, I wanted to make the most of it. The move from Texas to Oklahoma was in September of last year (2015). In October, I went to visit my best friend in Washington State. In November, I flew to Northern California and spent a week with my grandparents.

College was still at the back of my mind (let’s face it, who can forget any topic when every extended relative is inquiring after it every other day?), but I was presented with a fantastic offer: a missions trip! Oh, boy! That caught my attention!

I could join one of my best friends and her family on their missions trip to Asia in March-April, or . . . college? Um, college can wait.

We were in Japan for a day.

We were in Burma for a week and a half.

The weather in Chiang Mai, Thailand was hot and muggy, the pollution hanging thick in the air. Our dilapidated taxi van sputtered on, up the highest mountain in all of Thailand. 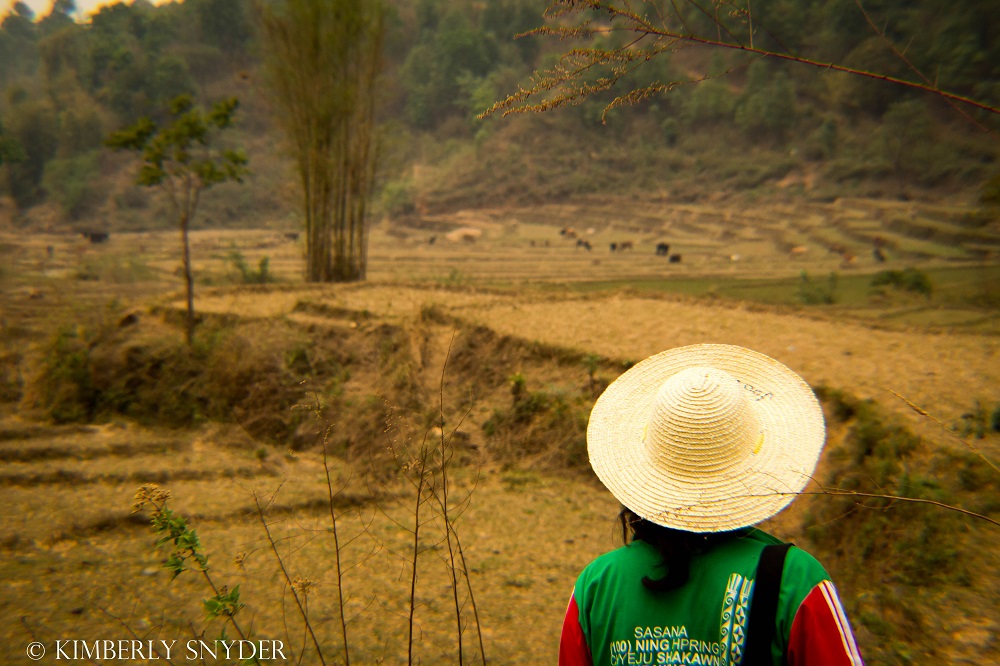 As the air thinned and, to our A/C-deprived pleasure, cooled, the van started sounding worse and worse. Going straight uphill for multiple hours was taking its toll.

And then it happened.

There was a screech. The van lurched. We rolled a few feet backwards. Who knows, though? Maybe it was only a few inches that we rolled back. It felt like the distance of a football field to me. The emergency brake saved our lives, and we all (13 of us) poured out to sit on the side of the road and wait for another van.

We were only maybe two miles away from the peak.

What if the van would have held out and saved its episode for the trip down the mountain?!

I’m not so sure I’d be alive to tell you about it today.

And it’s all because, no, not because of the old van, but because of Dual Credit at Home.

I almost died because of this program.

If I hadn’t gotten a head-start in high school, earned enough college credits to afford me a year off with no loss, and worked hard for the opportunity of doing something crazy, like, I don’t know, going on a three-week-long missions trip across Asia, my life never would have been in that kind of danger.

I wouldn’t have almost died.

I would have just been stuck in a lecture hall right then. Safe and sound, out of harm’s way, and consequently, out of adventure’s way, too. I would have been doing what every other kid my age was doing; not risking my head on a globe-trotting quest for adventure like a crazy person!

But you know what? That trip was one of the most amazing things I’ve ever done, and I wouldn’t have traded it for anything.

So that’s my story.

If you are afraid of new things, doing something a bit differently than what the world tells you is “normal”, or trekking on through a purposefully set-apart existence, and, yes, jumping from a malfunctioning taxi van once in a while, Dual Credit at Home is not for you.

And, besides, what’s life if you’re not living?!

Kimberly Snyder is an online college student/piano teacher/blogger with a passion for Jesus, people, and beautiful sunsets. You can follow her adventures in actively waiting and purposefully living for Christ over at her personal blog, PeculiarOnPurpose.blogspot.com!

About the Author: Kimberly Snyder

Kimberly is a 22-year-old Christian, currently living in Northeastern Oklahoma. She is a homeschool graduate and pursued her Bachelor's degree in English through alternative and online credit sources, earning her degree in about three years of study and for under $8,000 while traveling the world, teaching ESL, and starting up her own photography business. She believes in an education system that works for the needs of the people and doesn't stop them from living their best lives now.