How to Pray for Your Children Printable

Prayer is the most important thing you can do for your teen.

How to Pray for Your Children Printable

Years ago, when Becky had several young children, she picked up a card at a homeschool convention that had some scriptures on it to help her as a mom be consistent in praying for her kiddos. 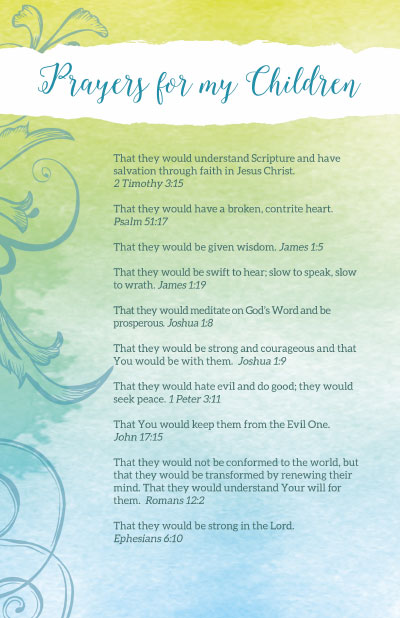 Over time as her kids grew and became teens and now adults, Becky’s prayers have naturally changed. She found herself adding to the prayer list as she discovered new verses that were exactly what she needed as a parent of teens. This prompted Becky to create a new prayer card!

GET YOUR FREE PRAYER CARD PRINTABLE