Why You Don’t Have to Attend an Ivy League College

Why You Don’t Have to Attend an Ivy League College

Growing up, one of my goals was to get into an Ivy League school. Harvard, Princeton, Yale weren’t just schools in my mind but they represented a distinction that I wanted. All throughout high school everything was tailored to make my entrance application to these schools all that it could be.

I pushed hard to make sure my SAT scores were exactly what I wanted, I learned Arabic, I went on mission trips to Mexico and the Middle East, I was a research assistant for a former chief of counterintelligence, and in the end I was accepted to a top five school.

Mission accomplished… Or so I thought. 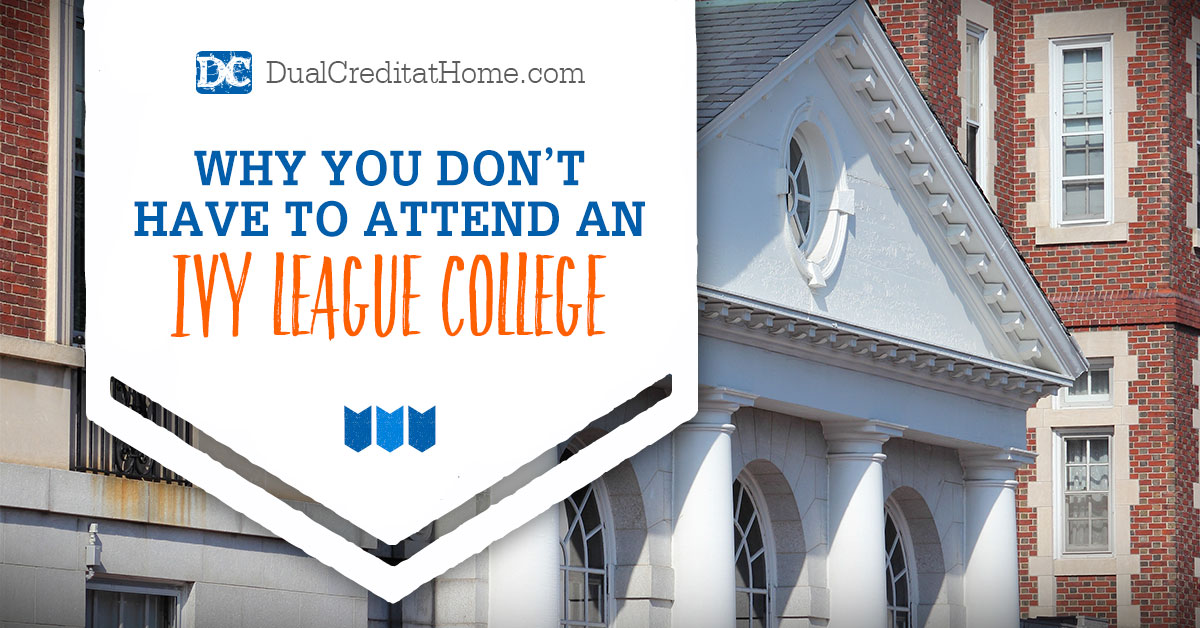 After one semester of straight A’s I moved back home to finish my degree online. I knew I didn’t need or want what they were offering.

Here are three simple reasons that an Ivy League education probably isn’t for you:

An Ivy League education has a very specific purpose.

I currently volunteer about twenty hours a week at a church in children’s ministries on the South Side of Chicago. Perhaps you would like to make a difference in your small town America or the inner city. Maybe you have dreams of mission or non-profit work. No one needs Harvard to make a difference. Harvard takes great people. It doesn’t make great people. If you can get into an Ivy League school, you probably already have what you need to start making the world a better place.

An Ivy League education has a very expensive price tag

There is absolutely no way that I could be doing the things that I am doing or making an impact like I am if I had to focus on a mountain of student debt. Sure, everyone is going to emphasize scholarships or grants, but the bottom line is that you have to cover about a quarter of a million dollars for most top tier schools. You are placing a mortgage on your future at a time when you haven’t even settled on a major.

An Ivy League education has a real hidden danger

An enormous number of students accepted to top ranked schools are valedictorians, salutatorians, or simply the kid who everyone refers to as a prodigy. The moment they step on campus they are no longer special. This happens in a lot of stages of life but on an Ivy League campus the effect is jarring. Someone who routinely aces chemistry tests is now at the bottom of the class. An amazing student is now asking himself if he even knows the material. Nothing has changed except their perspective, but that change in perspective can derail many a world changer.

Nothing is a catch all. I have several friends who are putting their Ivy League degrees to good use, but in the end college is a tool. Make sure you understand its purpose before you spend your life paying for it.

About the Author: Stephen Muldrow & the Dual Credit at Home Team

Stephen Muldrow is a husband and father of two. He is currently working as a retirement consultant, and serves with his wife Kellie in several ministries at their church in rural Iowa. He received his undergrad degree from Charter Oak State College and his Masters of Divinity from Fairhaven Baptist College.