3 Reasons Every Teen Needs a Hobby

I’m 22 years old now, but it’s not been too long since I was a teenager.

It was a foggy time and I had some weird moments.

I still have no idea why I ever thought it would be okay to wear sparkly, lime green platform flip-flops to play basketball in at church. No. Idea.

Twisted ankles aside, I feel for you parents. Parenting teens can be hard and messy and even a little terrifying. 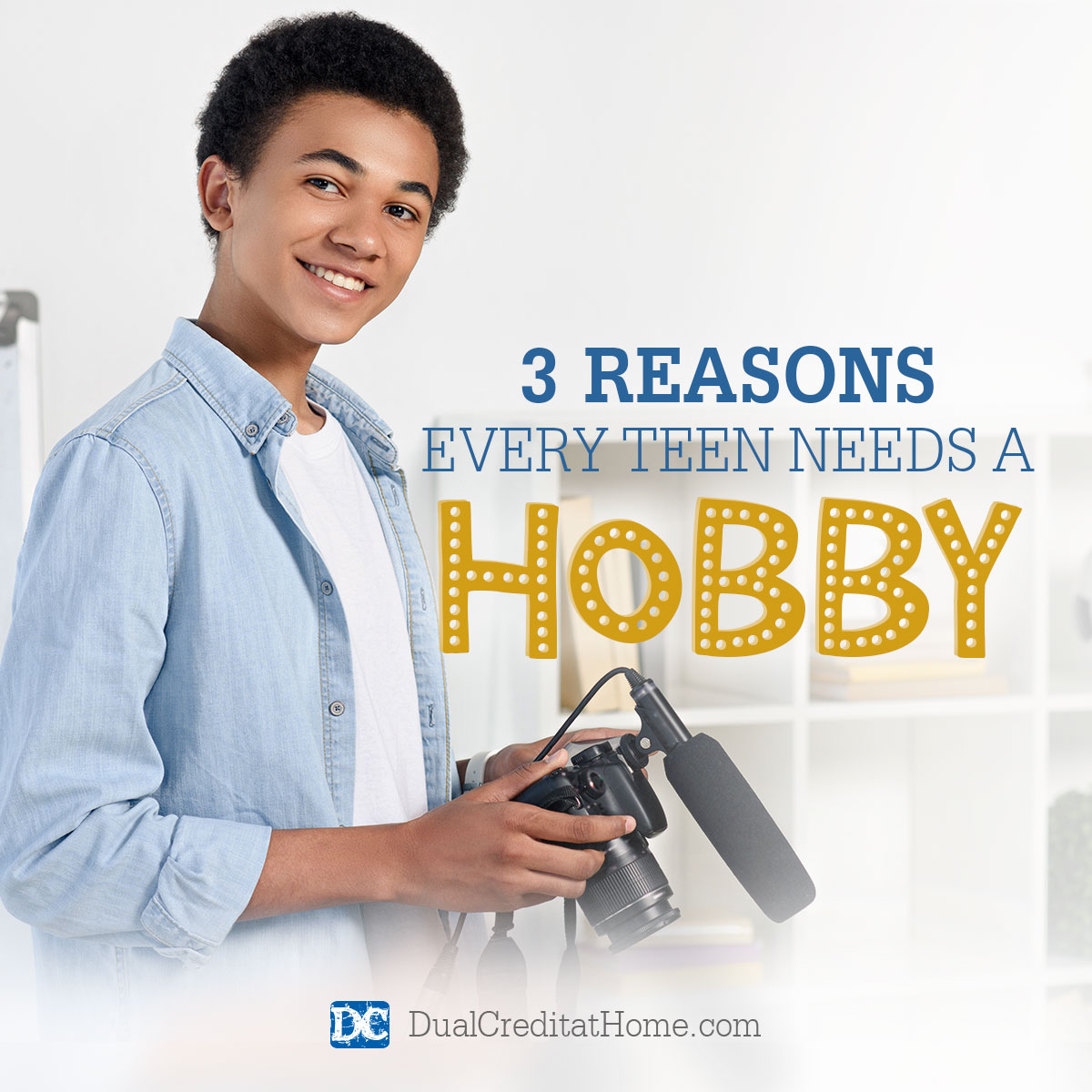 Just a few years removed from my teen years, this is an important topic to me. I doubt I would have survived those dark, strange years without my hobbies.

Even if they aren’t showing symptoms of a traditional cold or flu, mental health is a very important and under-communicated issue for teenagers.

An ‘All Work, No Play’ mentality may be making things worse.

From a teen’s perspective, graduation is a million years away. As a parent, you may see time flying by and you might feel like you only have a tiny window to pack in as much as you can.

For a teen, though, their schooling isn’t a sprint race; it’s more like hiking the Appalachian Trail. It’s a huge, long thing that you can’t really see the end of.

For a mentally exhausted teen, being able to set aside school, enjoy himself, explore his creative side, and be challenged in a variety of ways can be totally reviving. Whether this respite comes in the form of a good book (for pleasure, not school!), getting out the energy playing sports, or whatever else, finding a hobby may imperative for your teen’s mental health during these hard, confusing times.

2. Hobbies Can Be Productive, Too

Take reading, for example. I’ve loved to read for so long that when I was about sixteen or seventeen, I started volunteering to beta read new books from indie authors. Basically, I was reading pre-release books for free in exchange for my honest feedback. After a while, the authors I was beta reading for pointed out to me that I’d make a good copyeditor because I was so thorough and caught grammatical mistakes quite well. No sooner did the suggestion come up than I had my first several paid jobs copyediting novels!

When I was eighteen, I got my first DSLR camera, and for years it was purely a hobby I just practiced for my own enjoyment. This year I was hired to shoot my first weddings! I’m still shocked that I’m really a professional wedding photographer!!

I’m sure everyone can pinpoint a hobby they had at some time that really impacted their life—may be directly or indirectly through a long string of events! What hobbies could affect your teen’s life?

3. Your Interests Shape the Future

But, his mom said no.

When my dad became an adult, he bought himself a guitar and taught himself to play. He also always promised himself to have instruments around for his own kids. This is the backstory of the Snyders owning 20+ instruments.

Did my dad become a rock star and tour the country? No. But he followed his passion and it impacted me and all of my siblings, and who knows who our music may impact!

I’ve gone through phases of being super interested in knitting, geology, architecture, meteorology, quilting, gardening, cooking/baking… you name it, I’ve probably dabbled in it. This is how I’ve learned what I like and dislike, my strengths and weaknesses, and what I think about things. I’ve met some super cool people in the process, and all the variety of interests has made me a decent competitor in Trivial Pursuit. Win-win.

Our passions and interests sometimes seem random, but you never know where they may lead!

In conclusion, hobbies may seem like a trivial issue; you might think a hobby can’t affect that much change in a teen’s life. But in their health, their development of personal interests, and in shaping their future, a hobby could change everything.

Kimberly is a 22-year-old Christian, currently living in Northeastern Oklahoma. She is a homeschool graduate and pursued her Bachelor's degree in English through alternative and online credit sources, earning her degree in about three years of study and for under $8,000 while traveling the world, teaching ESL, and starting up her own photography business. She believes in an education system that works for the needs of the people and doesn't stop them from living their best lives now.