Thinking about starting dual credit studies with your teen? Dual credit is a wonderful way for high school students to get a head start on their college education, enabling them to earn high school and college credits at the same time. Before you begin, familiarize yourself with these crucial terms and bookmark this page as a helpful reference guide! 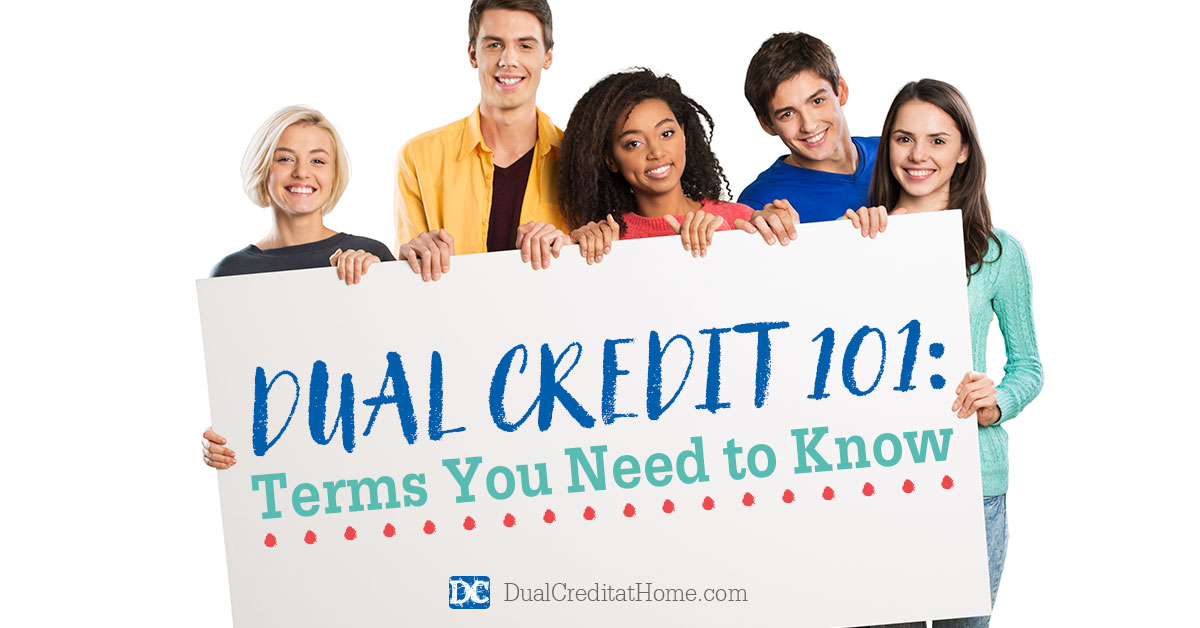 A process of validating that an institute of higher learning adheres to a set of standards for a quality education. Regional accreditation is the most important and well-accepted accreditation.

The American Council on Education, the United States’ most influential and respected higher education association.

Advanced Placement exams administered by the College Board.

An undergraduate degree from an institute of higher learning that is typically awarded after two years of study or after earning 60 college credits.

An undergraduate degree from an institute of higher learning that is typically awarded after four years of study or after earning 120 college credits.

College Level Examination Program (CLEP) exams produced by the College Board—the same organization that oversees the SAT test. The College Board currently offers 33 CLEP exams which can be taken for college credit.

On the semester system, most college classes are worth three credits. A lab, usually taken in conjunction with a regular course, is typically worth 1 additional credit.

Any classes/exams taken in college (including many repeats of the same subjects covered in high school) for which only the college grants credit.

A unit earned for taking a course. This may also be known as a “credit hour,”never to be confused with a mere 60 minutes of study.

Earning both high school and college credit at the same time for the same course of study.

An organization that guides students through the dual credit process of earning an accredited college degree primarily at home. Dual Credit at Home offers Study Plans that equip students with the skills needed to pass 13 core CLEP and DSST exams.

DSST exams were originally created by the US Department of Defense for veterans to earn credit by examination for acquired knowledge, but they are available to the general public and accredited by the American Council on Education.

This term typically refers to the core courses taught at most colleges, including, but not limited to, science, math, history, English, etc. GE requirements are the subjects all students must study to earn a college degree, regardless of their major.

The official awarding of a diploma after fulfilling an extensive course of study. Also known as the day mom and dad never dreamed would come so quickly.

In high school, a full year course (two semesters) earns one credit, while a half-year course (one semester) earns 1/2 credit. Homeschool parents track these credits and record them on their student’s transcript.

An official one-page summary of your student’s academic record.

I'm Becky Muldrow, wife to my high school sweetheart, Gene, and mom to 10 great kids! I love spending my days homeschooling the last 4 of them and sharing (on my website and at homeschool conferences) how we do high school differently - by replacing it with college.